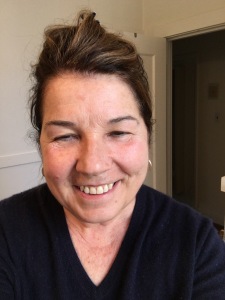 Suire believes that the key to success lies in nurturing the clientele as well as anticipating their needs  and conveying happiness for the clients.

The goal is to brand the company as a provider of ultimate travel and tour planning experience while becoming a one step shop for every travel service available.

They are ideal for groups, family reunions and they offer privacy and a lot of sophistication. They are mostly beautifully decorated with beautiful details at every corner that will allow you to experience a life of luxury. Our Tours include:

Most of the tour groups in our villas include:

The villa usually comes equipped with everything from barbecue to swimming pool.

Luxury Travel Consultant2 believes that success  depends on the leadership and management ability to focus and execute the mission on schedule.

Luxury Travel Consultant2 is a one woman operation who just do a few groups a year and plans trips to France, Italy and Spain.

or write to her at Luxury Travel Consultant2 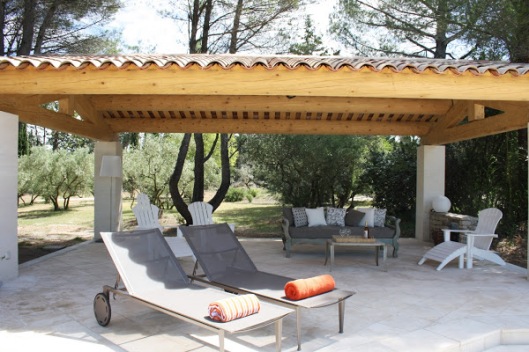 The river and the sea have created an almost lunar landscape over which the huge tour de Constance of Aigues-Mortes stands guard. Arles looks out the Grand-Rhone to the huge expanses to the west  which have some of the most famous, a great alluvial flat of marsh, lagoon and farmland between the two branches of the Rhone. The area has assumed an identity of its own and due to its unique character is now a national park in which landscape and wild life are protected.

Before flowing into the sea just after Arles, the Rhone forms the delta where gypsies believe two saints named Mary were washed ashore. Caravans and trailers are parked against the sea wall, while high-spirited bulls wait for the feria in their enclosures. A single main road runs past the rice fields and peaceful pools with pink flamingos and across salt marshes crisscrossed by narrow paths.

We will stop at the Abbaye de Montmajour , which in AD 948 was a community of hermits, built among the marshes. The abbaye became steadily wealthier and added on a cellar, a church, a refectory and chapels. But for all its wealth , starkness was de rigueur in  the abbaye, only the capitals in the cloisters were adorned.

We will spend time in Arles , which will give our guests a little foretaste of Spain with  its blend of Roman, Romanesque and baroque. Aigues-Mortes, a port king Louis IX built in 1848 will also be worth the stop. Stes-Maries-de-la Mer famous for the legend of “the two Marys”.  Lunch will follow and we will get to enjoy a fish stew at Marius Bernard, the restaurant serves traditional Provencal Fare!.

A brief history of the truffle.

Love of the truffle extends back into the mists of time. We know for sure that a certain Mr Cheops, the incumbent pharaoh 4600 years ago prized it. And 2000 years later Mr Licinius a governor of Carthage , apparently lost 2 teeth when biting into one.

The ancient Greeks and Romans were considered particular aficionados of the truffle. After the collapse of the Roman empire, a black hole opens up in the truffle history. The truffle with its aphrodisiac smell , was anathema to the ascetic churchmen of medieval times. When the Renaissance came along, did the truffle come back into fashion. And then with a vengeance. All the European royal houses were enamoured of it and Maria Theresa was downright  smitten by the Tuber, which she liked incorporated into her omelette.

In France, the truffle hunter is apparently a man’s job ( not anymore, thank you!). Truffle hunting is a clandestine occupation that shuns the limelight and other people. Although much of it is designed is fellow seekers and rivals on the wrong track ( Beware!). After all you have to understand that a truffle grove is a pot of gold.

Thanksgiving 2016 and Truffle hunting in the Luberon.

Something to add to your bucket list. Truffle hunting in one of the most beautiful  location in the Luberon. Experience Provence off the beaten track with one of France’s most traditional and secretive countryside traditions: The truffle hunt! We conduct truffle-hunting tours in English during summer and winter truffle seasons, followed by a sampling of fresh truffle hors d’oeuvres, Champagne, and a tasting of olive and truffle oil. Divine!. Join us for a special afternoon!

The 11 hectares produce grapes, olives, apricots, cherries, plums, apples, pears, pomegranates, figs, almonds, hazelnuts and black winter truffles. We offer truffle-hunting tours of the property when in season. Tours include a sampling of fresh truffle hors d’oeuvres, Champagne and a taste of our organic olive and truffle oil.
The Truffle hunting is included in your tour package.
Departure Dates:
November 19, 2016 – November 26, 2016. ( 12 guests are invited) $ 3,370 pp

Our thanksgiving tour will take place in Bonnieux in Luberon, Provence. Bonnieux is built on a plateau above the valley and is one of the finest villages in the area, it is also a commune in the Vaucluse department in the Provence-Alpes-Cote d’Azur in southeastern France. The view from Bonnieux is beautiful, out across the Valley floor with its patchwork of orchards  and vineyards towards the equally perched villages of Lacoste from across the Vaucluse plateau. It is also a beautiful high perched village located on the northern slopes of the Luberon. This will be our home for the Thanksgiving week.

Is a largely renovated stone house, located on a vast private property with view near the famed Luberon village of Bonnieux. The house is very comfortable and spacious and offers 8 bedrooms and 8 bathrooms. The house opens to a beautiful and large garden with view, pool and outdoor dining. This property is  designed for modern comfort in the inside and simplicity and beauty of outdoor living in the garden. The property is well cared-for, cleaned and well equipped for a large group of guests or friends. The Bastide can accommodate up to 23 guests but we wanted our group of 12 to have space to enjoy.

Note: The views are splendid from the pool area.

Three cleaning hours twice per week (Tuesday and Thursday) and end-of-stay cleaning are included in the rental. 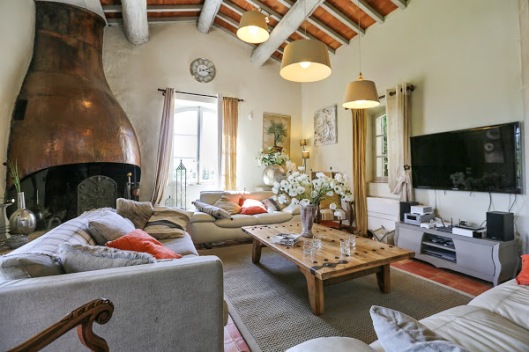 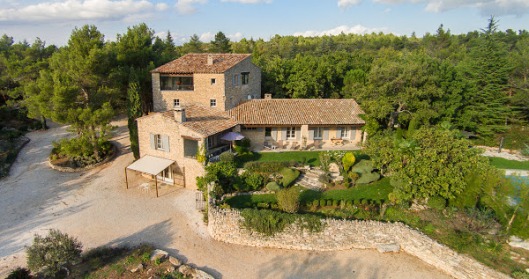 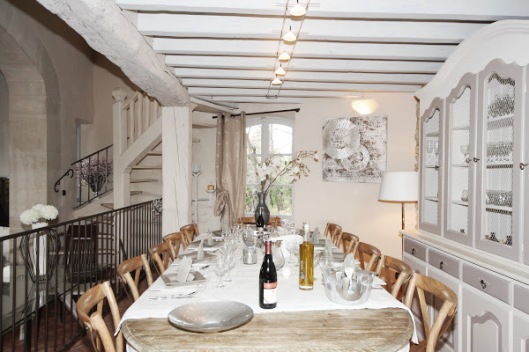 Every year the Luberon National Park attracts hordes of hikers for its majestic beauty. The mountains between Cavaillon and Manosque are thick with garrigues ( scrublands) and olive groves and are dotted with caves, castles, abbeys and perched villages with magnificent views.

If you spend a week in the Luberon, here are my suggestions of where to go and what to do.

stop by the flea market of L’Isle sur La Sorgue ; A tree line path and a little bridge lead to an island with 40 bric-a-brac sellers. Unexpected treasures can be found , from knick-knacks to large pieces of furniture.

Surrounded by lavender fields is a beautiful rose garden, in the grounds of an abbey founded by Cistercian monks. Nurseries with 250 rose varieties, sold bare rooted.

The springs of one of the most powerful water sources in the world. One myth claims that a nymph removed seven diamonds from the rocks, one by one, to release it. Finally in the 7th century the torrent suddenly emerged, watering the fig trees above the chasm and feeding the river Sorgue. This is truly spectacular after heavy rain.

The cliffs of the Roussillon

Legend has it that the wife of a noble man threw herself from the top of the cliffs after her husband forced her to eat her dead lover’s heart. The earth turned red with her blood and rocks and village were left with a permanent glow.

Very interesting because this hamlet consists entirely of restored Bories ( dry-stone igloos) , where inhabitants of the Vaucluse and Luberon  lived from Ligurian times ( 6th-century BC).

The older part of the castle is an austere fortress- like place called Chateau vieux was built between 1495 and 1525. In 1526, Mme Agoult added the more attractive Chateau Neuf  ,  dedicated to pleasure. It has spacious rooms , floors paved with hexagonal, red Renaissance tiles, and is filled with Provencal furniture and Chinese musical instruments.

Built in 1148, this is one of a trio of primitive abbayes, known as the Cistercian sisters of Provence . To allow the monks to meditate without distractions, according to the rule of St Benedict , the only ornamentation was the natural play of light on stone. Really worth the stop, not far from the village of Gordes. 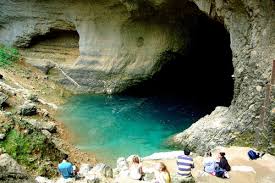 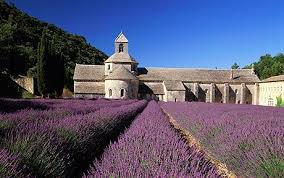 The Prieure and farm built in the Middle Ages on Gallo-Roman site, continued to expand until the 19th-century. The church contains Medieval Frescoes and the excavations of a first century villa are seen through a grille in the floor. Exhibitions are staged in the barns, while the gardens are devoted to historic and scented plants.

Join us for Thanksgiving in Provence, 2016.

12 guests are invited. ( All inclusive) Airfare not included.