The park national of the  Luberon was created in 1997; It covers around 140,000ha ( 345,940 acres in the Vaucluse and the Alpes de Haute Provence, the greater part is in the Vaucluse.
The Natural setting.

Between Manosque and Cavaillon, the Durance river flowing westward towards the Rhone.It takes a mighty loop within which the Luberon range lies. Stretching 65 km ( 40 miles) from East to west. The mountains are divided in two by a wooded valley, the combe de Lourmarin. To the west is le Petit Luberon while to the East is the Grand Luberon, it reaches its summit of over 3,280ft at the Mourre Negre.
One of the most striking features of the Luberon is the contrast. To the south the rich agriculture land slopping down to the Durance river is very Mediterranean; to the north the very steep ravines and abrupt cliff faces are much cooler and forested with oak trees.

The variety of natural features in the Luberon region has created a very rich environment where plants such as the fragrant honeysuckle, aspic lavender,and downy rock roses thrive. Predators have disappeared in the rest of Europe, such as Bonelli’s eagle, the ( white Egyptian vulture), the eagle owl, and the migratory eagle Circaete Jean Le Blanc, manage to retain a foothold here.

century but many date back to the iron age. The middle ages left the Luberon with many perched villages, positioned high above the valley floors. Many of these villages ( particularly those on the northern slopes ) went into decline with the changing agricultural patterns of the 19th century. They were revitalized in the 1950’s by a large influx of bohemians and artists who rebuilt many ruined houses. Now the enchanting 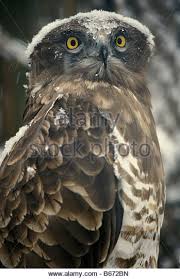 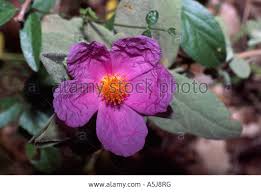 Rock roses in the Luberon

Luberon villages are facing a new threat to their identity, that of being swamped by tourism.

The best time to enjoy the Luberon is in the Fall.

Join us at the end of September and enjoy the beautiful Luberon!