Learn the dying art of crafting faience; Two brothers Johann Fine and his brother Vania have participated in a new ceramics boom in Moustiers, once again a local point of French ceramics. Some ateliers to check out are Atelier Bondil ( 4-9274-6702), Atelier Soleil ( http://www.soleil-deux.fr) and L’Atelier St Michel ( http://www.faience-ateliersaintmichel.com/gb), where Martial Baudey was recently named the top faiencier in France. The brothers Fine have started with faience but they too have followed their own creative direction and they produce pottery in a unique new style.

The Pont du Gard is a very well restored Roman Aqueduct of limestone that crosses the Gardon river. This bridge explains Jean -Pierre Chateau is an ancient witness, speaking of the origins of Provence and the roots of the culture. A very popular Provencal divertissement ( attraction) is to drift beneath the bridge in a canoe or kayak, (Try tours with Kayak Vert), http://www.canoe-france.com/gardon/indexa.html) . Also for a high- energy hydro experience, run the white water of the Royal River as it descends the mountains northeast of Nice ( excursions Royal Evasion, 4-9304-9146).

People who live in Saint Remy speak very often of master chocolatier Joel Durand ( 3 Blvd. Victor Hugo, http://www.chocolat-durand.com) in terms usually reserved to a great artist.” The way he works the different flavor of Provence into his confections are amazing” says Eric Vedel of Arles, a teacher of Provencal cuisine. People have an affinity for Joel because he truly loves to share his passion for his work. The core of this Chocolatier’s charisma lies in what he calls the alchemy of chocolate with which he produces taste poems flavored with lavender, rosemary, Camargue saffron, honey, olives, lemons and other local flavors.

Tune into the art scene

The pace of change and creativity here is so great that it’s hard to keep up , says US artist Christopher Coffey who has been a resident of Provence for the past 33 years. Quite a few years ago , he transformed an abandoned children’s sanatorium near Dieulefit , northern Provence, into a new exposition space for contemporary art( 4-7546-6757). A few of his favorite places are , Artenostrum, in the Parol neighborhood( 4-7547-8330), a small art gallery with interesting pieces  ranging from Medieval to contemporary; and Iconocase ( 4-7546-9860), a restaurant-gallery in Chareauneuf de Mazenc. The region’s is La Red Box which opened many years ago, in Barjols ( 92 Route de Brignoles); http://www.laredbox.com, a veritable bazaar of art.

There is something mythic about the landscape says climbing guide Olivier Dobel-Ober of the Gorges  du Verdon, called the Grand Canyon of France. It is in fact one of Europe’s premier sports destination. The Verdon area offers something for every taste and skill level, from simple day hikes to multiday odysseys, canyoneering, paragliding and lazy river floats. http://www.escalade-verdon.com

Cycle through all seasons

Steep, snowcapped Mount Ventoux has inspired many artists , writers and poets- and top -class bicycle racers. The mountain is very often one of the stages of the renowned Tour de France course. Having Le Mount Ventoux in the race makes it much more exciting. The mountain is a legend for everyone who loves our sport and indeed each year thousand of cycling enthusiasts pit themselves against its challenging slopes, but Provence also offers other two-wheeling adventures, for every energy level, including relaxed tours of nearby hilltop villages, Forcalquier’s Lavender plantations, and the distinctive ochre land around the roussillon. Michel Blatge who owns a bike-rental shop in Coustellet ( -4-9076-9135); http://www.lesrouesduluberon.com recommends trying the bicycle tours organized by Velo Loisir in Luberon ( http://www.veloloisirluberon.com)

Barge your way through the Midi

Rivers and canals take you to parts of Provence that are difficult to reach by road or rail.” Little towns like Gallician and Vallabregues, a few tourists go there except us ” says local resident Marc Baron-joly, who plies the watery byways of his native region between Avignon and the Mediterranean for the Rhone croisiere cruise company , (www.rhone-croisiere.com) also Baron-Jolie will introduce his clientele to an elite Chateauneuf du Pape vineyard; a remote ranch in the Camargue where bulls and horses are raised; and other sites accessible only to insiders like him.

Enjoy a bird’s eye view of the wild Camargue

Birds vividly illustrate the richness of La Camargue, one of Europe’s most important wetlands. The Camargue has long been used intensively for ranching agriculture and it is an opportunity for humans and birds to coexist or clash. Visit the Parc Ornithologique du Pont de Gau ( 4 -9097-8262 ; http://www.parcornithologique.com) where bird watchers and nature lovers flock from across Europe to see wild birds up close, including pink flamingos, herons, storks, ducks, kingfishers, and raptors.

Travel with us to Provence in the Fall 2015. 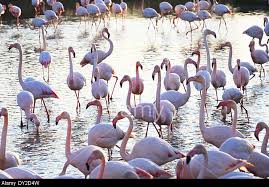 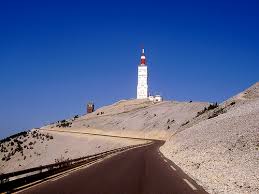